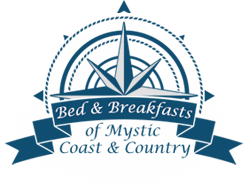 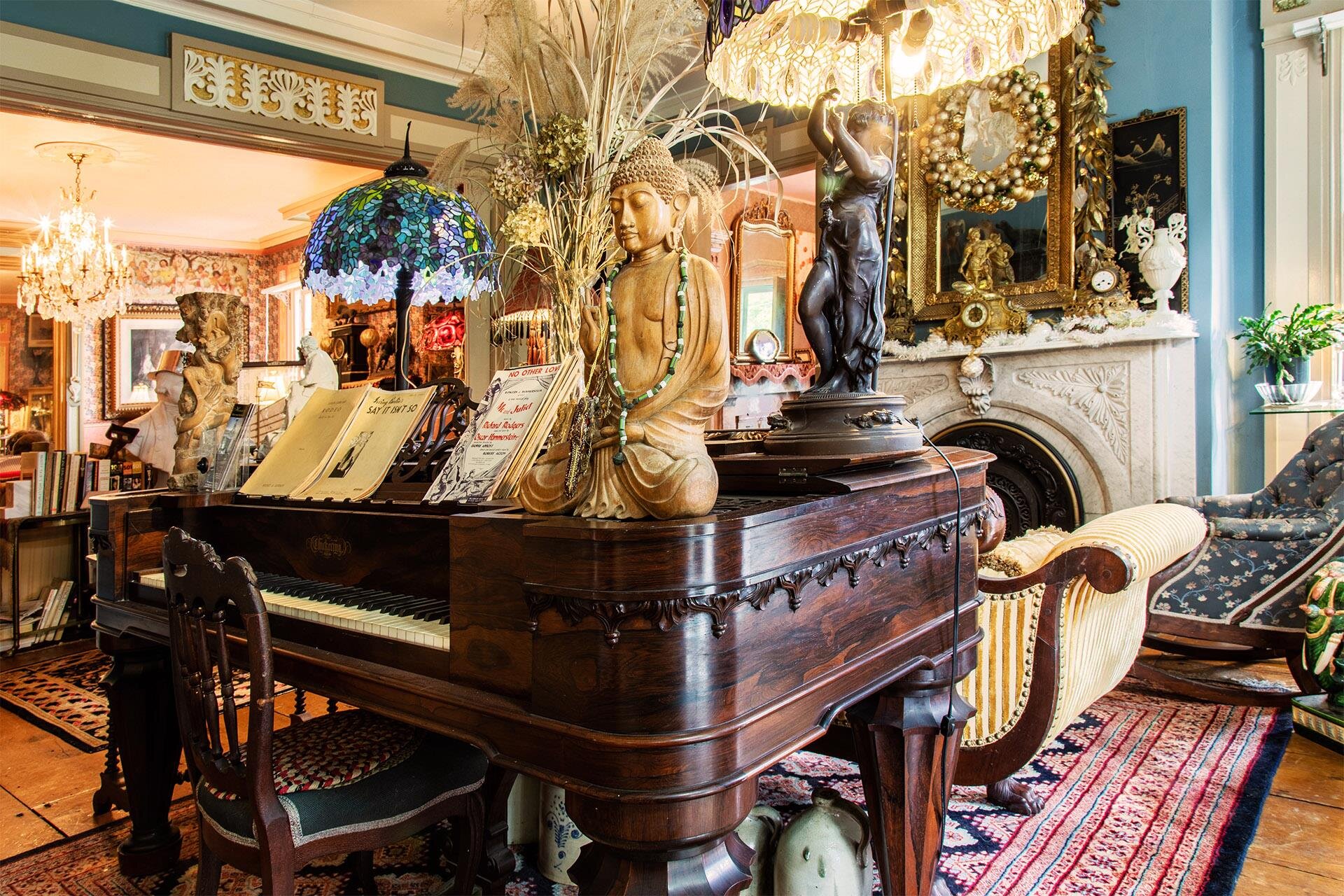 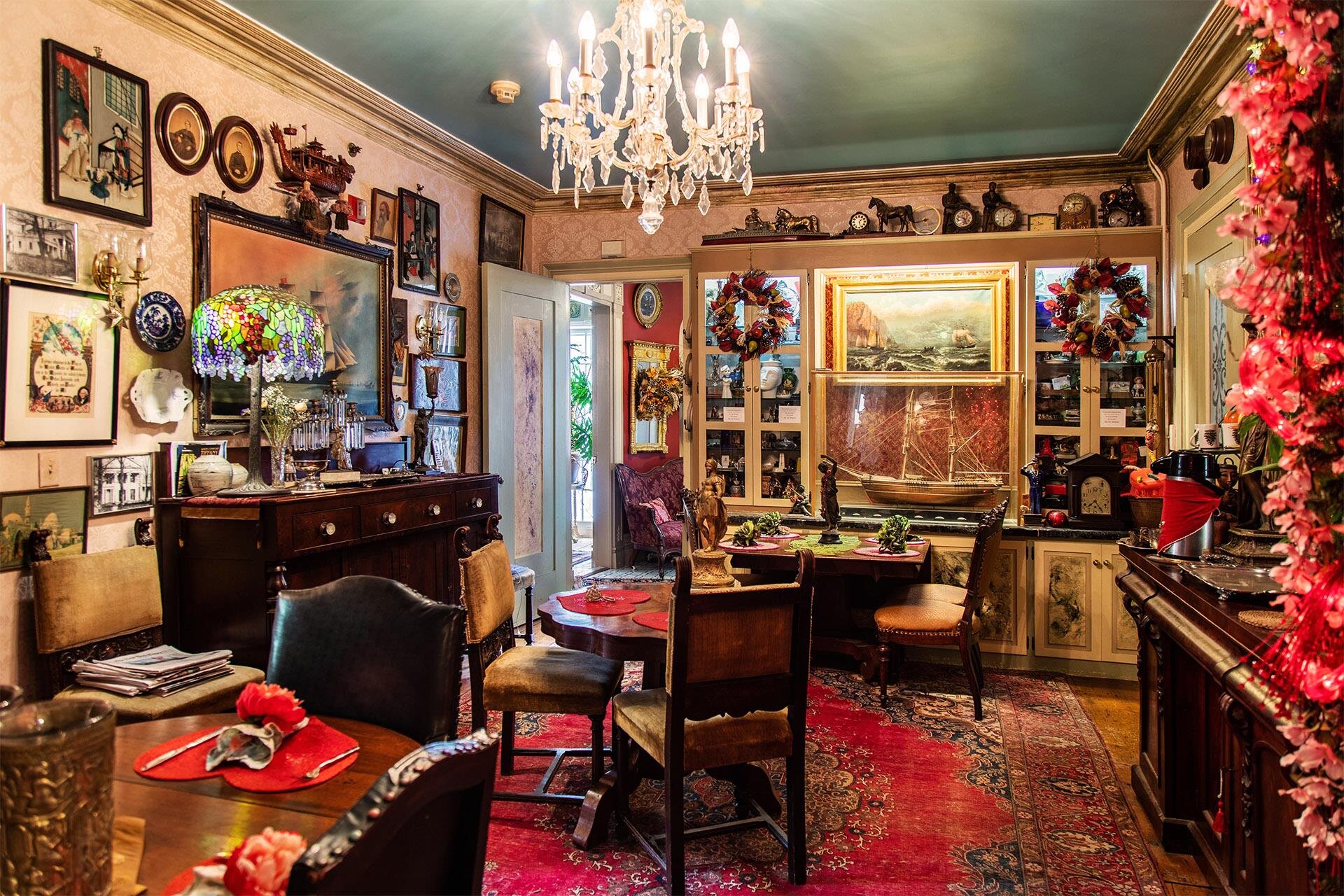 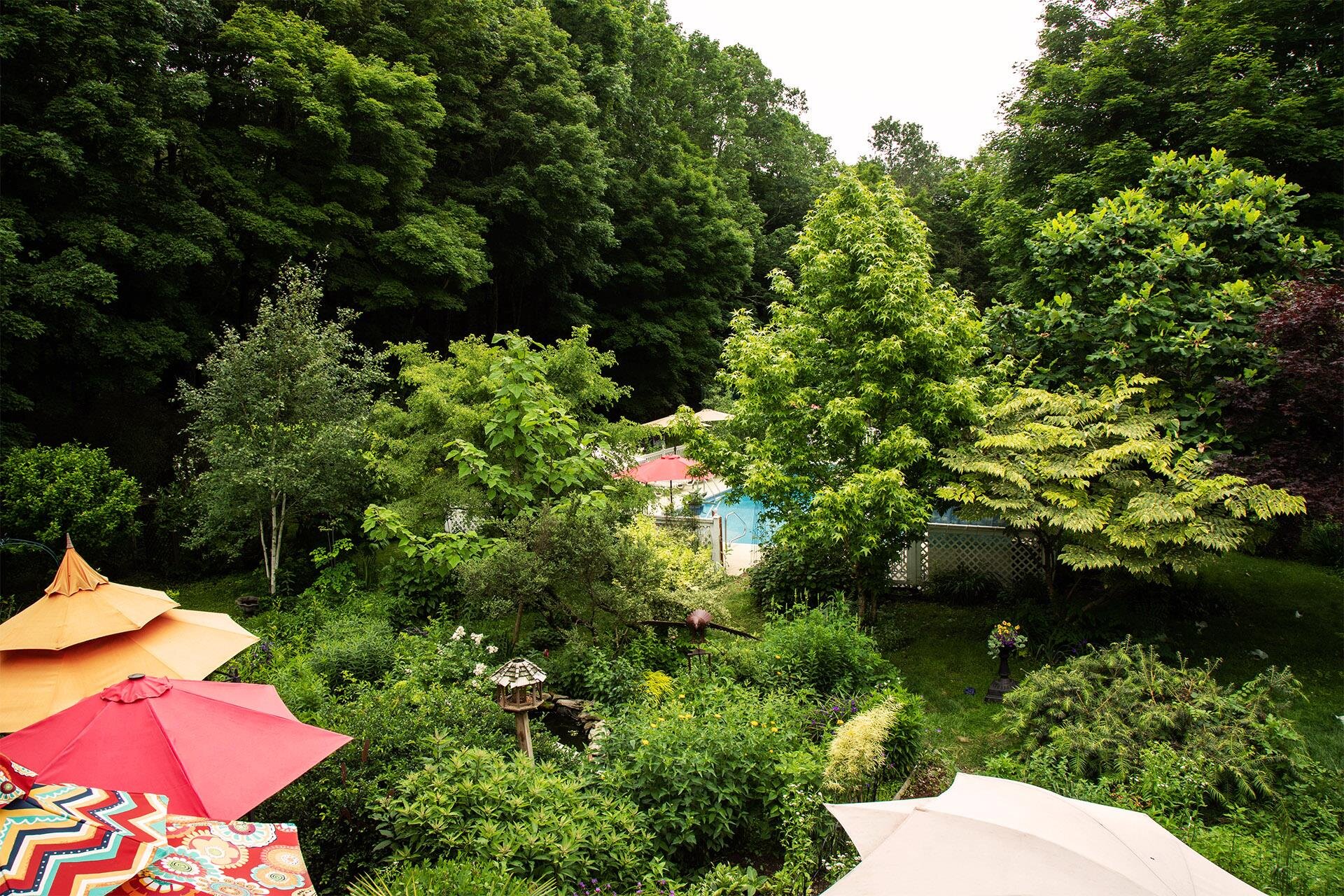 We Highly Recommend this B&B.

"Our 2-night stay at House of 1833 was wonderful. We loved the house full of antiques, beautiful lamps and collection of clocks and model ships. Evan and Robert are gracious hosts and served up a delicious breakfast both mornings. When we arrived, they surprised us with a bouquet of flowers, balloons, a "Happy Anniversary" banner, tiramisu and sherry to celebrate our anniversary. This was very generous and made us feel welcomed and special. There is also a lovely garden surrounding the pool and the outside eating area. We highly recommend this B&B."
-Natasha and Gustavo

House of 1833 was originally built as a second home by Elias Brown, Esq. - a graduate of Brown University, lawyer, member of the New London bar, President of Mystic Bank, and relative of one of the current owners.

This historic property from 1833 - previously referred to as the "Elias Brown House" - was inspired by his many travels abroad. It is listed on the National Registry of Historic Landmarks and is considered to be an architectural masterpiece in the state of Connecticut.

The all-white, Greek Revival mansion from the 19th-century is surrounded by three acres of lush English meadow garden and woodland and is located in the heart of Old Mystic.

The current owners - Evan Nickles and Robert Palmer Bankel - have a great passion for architecture and design which led them to collecting. Their collection has filled the rooms of the House of 1833 with paintings, fine china, furniture, and other knickknacks. The inn contains many unique antiques inside and out. Just ask Evan or Robert about a particular piece and they will surely have a story to tell.

These antiques have been collected over the years and often attract professional collectors to come to the house to view these treasures.

Along with the House of 1833, Nickels and Bankel own Fantastic Umbrella Factory - a unique restaurant and gallery on a farm in Charlestown, Rhode Island. They also previously owned the Emporium - a quirky gift and antique shop in downtown Mystic.
Nickles and Bankel live onsite in a wing of the house full-time with their dogs and take great pride in caring for their guests of the bed & breakfast.

Breakfast at the inn is a well-planned elaborate event with an array of freshly-prepared, gourmet items - many of which are made with ingredients from the onsite garden.

It has been said that if a guest requests hot chocolate, the owners will go to the trouble of melting a solid chocolate bar and blending it with fresh, hot milk. None of the powdered mix here!

Be sure not to miss the freshly-baked chocolate chip cookies that Bankel makes most afternoons. They are delicious and legendary among the staff and guests. Get there quick though because they usually don't last more than a half hour. 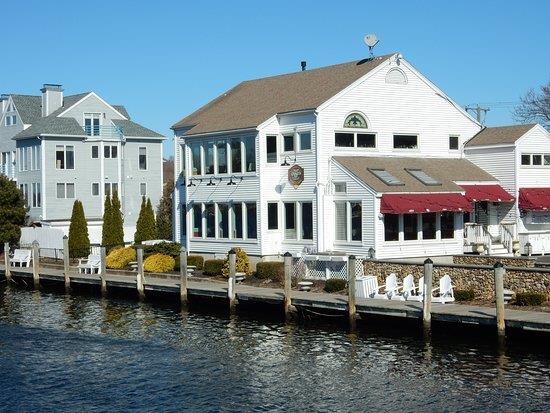 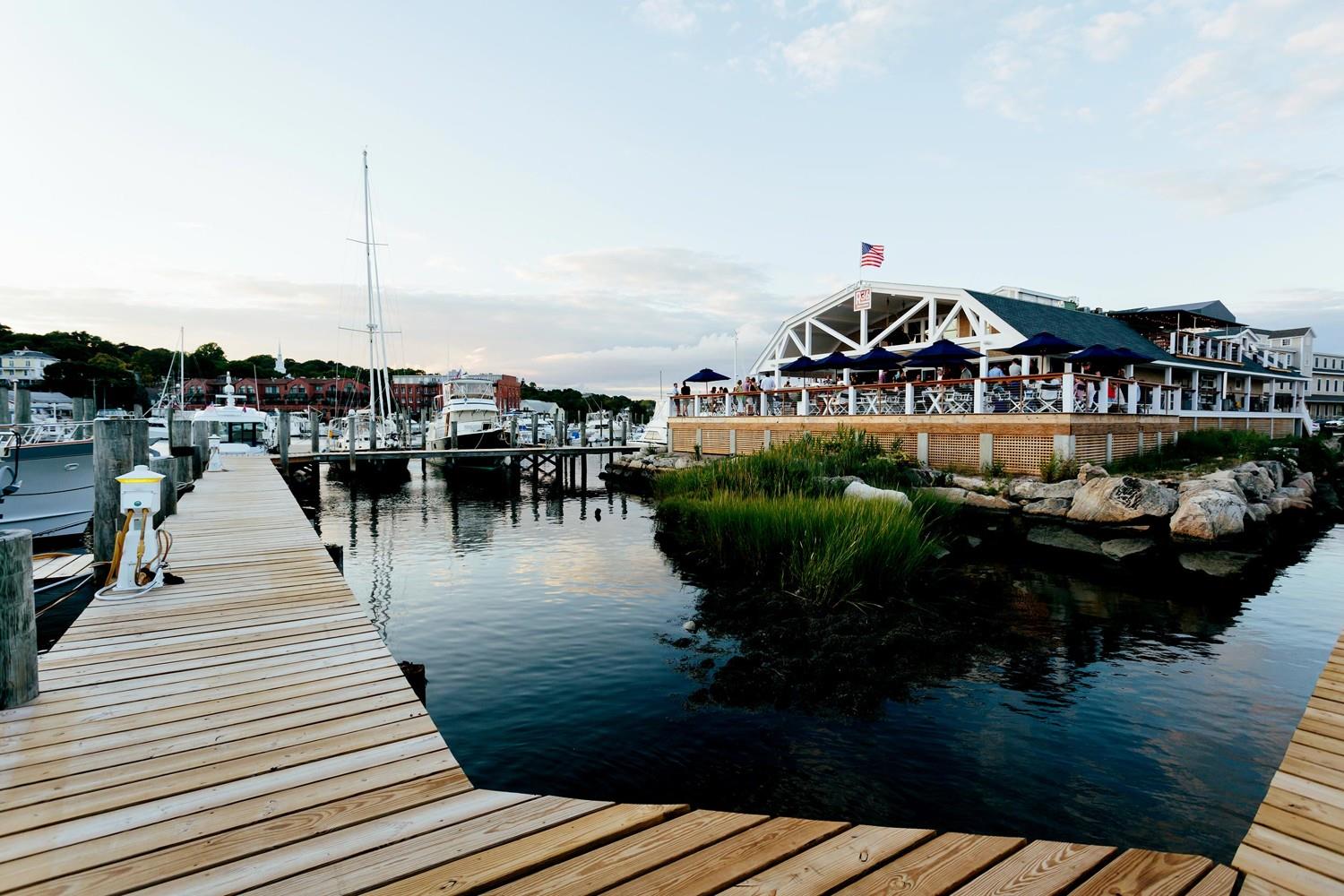 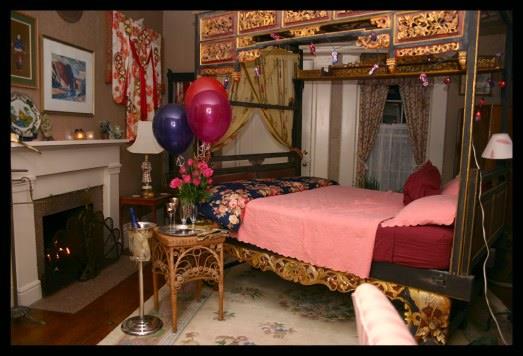 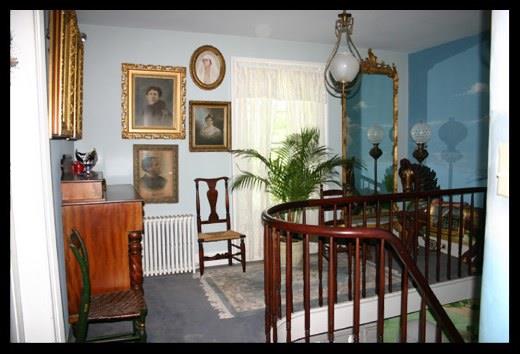 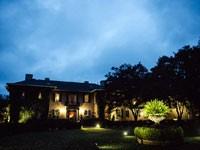 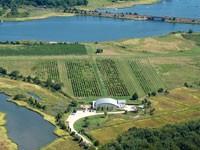 A Mix of Magic and Mystery

"This wonderful old, cozy home comes with really terrific hosts!! Evan, Mr Robert and of course Sally! Guests are treated like family after receiving a full guided tour. The entire place is a mix of magical and mystery while at the same time offering you complete privacy and comfort. Breakfast is a total phenomenal experience and Evan takes such pride in his presentation. The extra bonus is the beautiful pool that hidden away! Would absolutely go back!!!"